All Collections
Manage and Analyze Data
Orthomosaics: Aesthetic vs Functional

Written by Ryan Pierce
Updated over a week ago

What are Orthomosaics? Sometimes referred to as an Orthophoto, an Orthomosaic is a collection of images that have been stitched together using a process called photogrammetry to produce a seamless map of an area contained in the batch of photos and follows a given map projection. There are many applications to orthomosaics, at Sitemark we use them for detecting thermal anomalies, tracking progress of construction sites and much more. Depending on the data product we also deliver these orthomosaics with our analysis, meaning our findings and analysis are verifiable by the users of the platform!

What are they and how do we deal with them?

Artefacts are small distortions in an orthomosaic that can occur for a number of reasons. Some examples include: in areas of lower overlap, where there are sharp edges or possibly where there is a mismatch of data from different times of the day meaning that shadows or panel positions change. We also see it with certain dual function cameras where the overlap is much higher on the RGB photos than in the thermal photos and there are too many RGB photos. 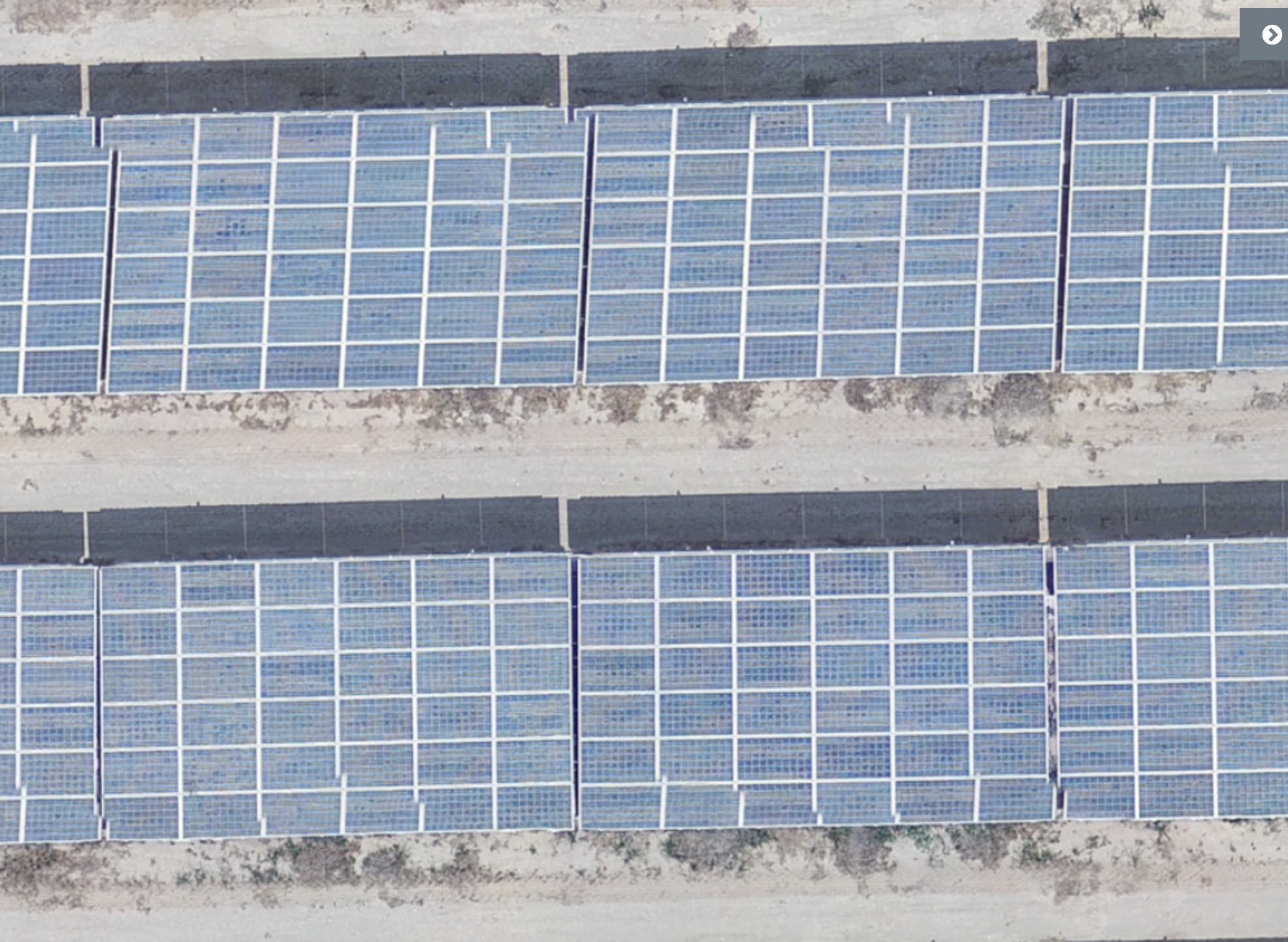 Generally speaking, the RGB orhomosaics are used to provide a wide overview of the site, in a resolution that is high enough to identify the causes of the defects spotted in the thermal images (Solar data products). They allow the user to verify themselves that our analytics make sense, without having to browse through the thousands of original photos.

Taking the example of sun glares, during our processing we have put workflows in place to ensure that those sun glares are identified and taken out of the orthomosaic. However, the sun angle can sometimes have an effect on the whole photo (beyond the sun glares) and may provide a different colouring of the panels (technically, reflections of the sunlight by the busbar and tabbing) and show the image differently than the usual blue shade that one would be used to. However, although this can be quite unaesthetic, it won’t impact the cause detection as causes will be visible under those conditions.

To obtain a perfect orthomosaic, the ideal conditions are a full cloud overcast to make sure the lighting is homogeneous. But this is incompatible with the thermography, that requires a good level of irradiance (and thus sunshine) to deliver quality results.

Therefore there can be some instances that an orthomosaic might not be free of artefacts and may be slightly aesthetically displeasing, however, functionally it is perfectly valid for the analysis that is required.

Sometimes there can be a sudden change in colour in the thermal orthomosaic, this is actually due to a behaviour of the FLIR cameras. These cameras have to re-calibrate during the flights and at battery replacements to make sure that the temperature measurements are consistent. The calibration is done through a process called FFC: Flat Field Correction. 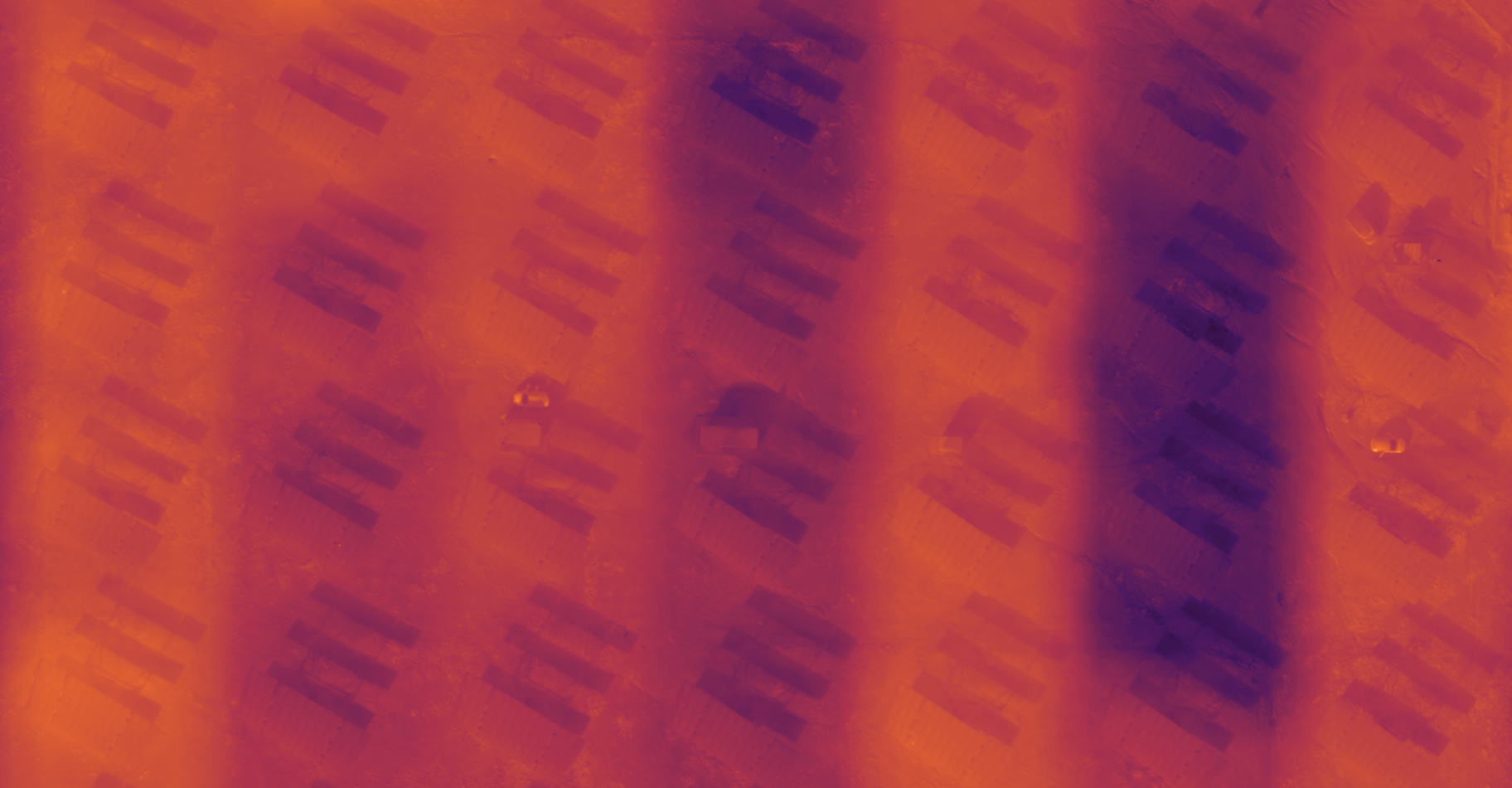 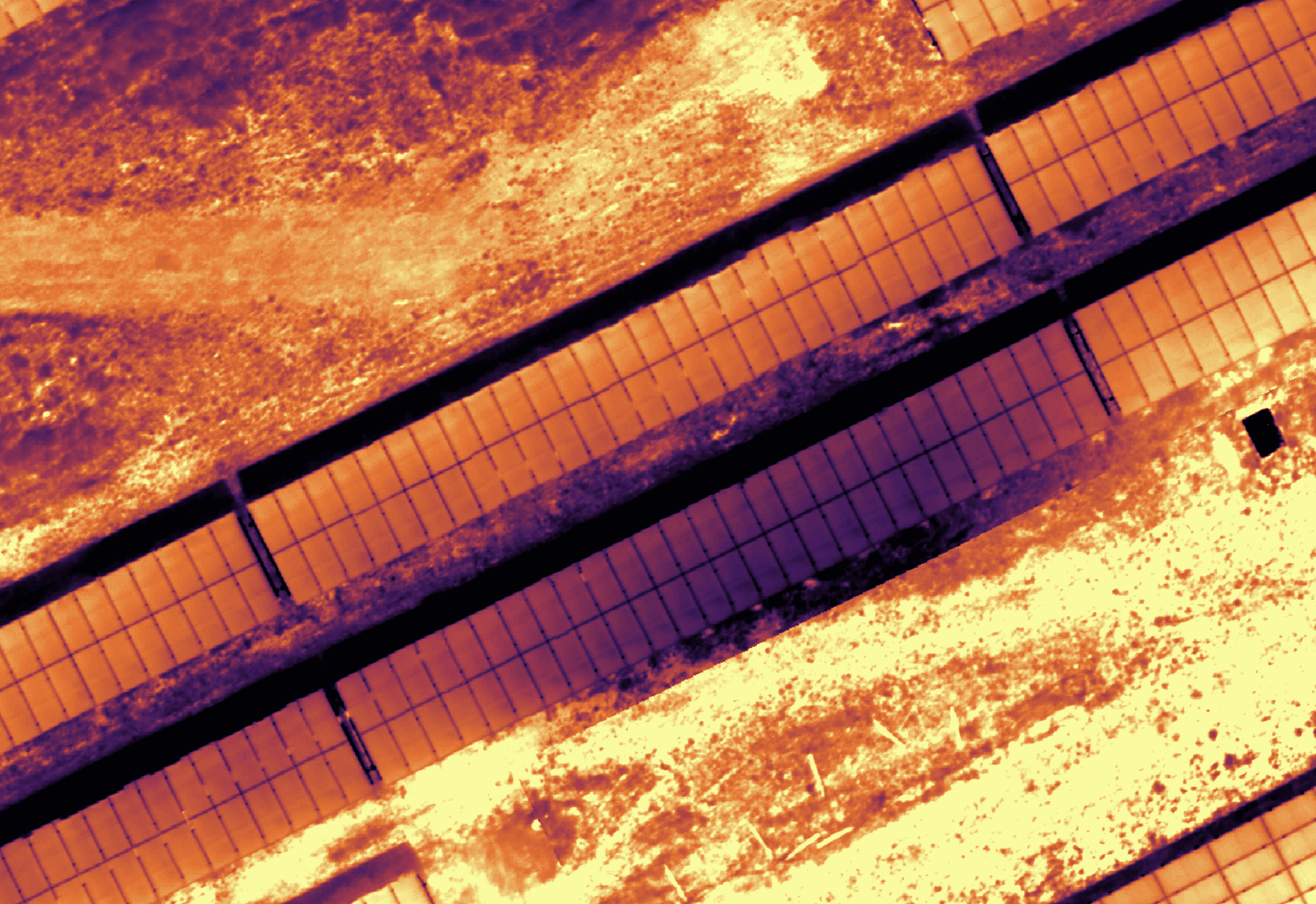 Although we do see such behaviour from time to time, we prefer to leave the results as such because:

FLIR is aware of this issue and we know they are working on improving the FFC process in the long run!

Again while the results might not be aesthetically pleasing they do not have any impact on the analysis and the results delivered on the platform.